Eric Sage is an internationally touring country singer, songwriter, and entertainer. He is releasing his new album and will be touring with it worldwide. Eric recorded the music in Nashville and Los Angeles and feels the blend of country and rock come straight from his soul. He looks forward to sharing his music with his current supporters, and hopefully, his many new fans.

This country rocker has recorded and performed with some heavyweights of the music business, including Slash of Guns ‘n’ Roses/Velvet Revolver, The Beach Boys, and Vince Neil of Mötley Crüe. Eric is currently headlining at festivals, theaters, clubs, and venues all over the world. Known for his dynamic live shows and three-octave range, his versatile vocal style ranges from county to rock to heartfelt ballads. He is an influential musician and performer who also plays guitar and piano. He engages and ignites the audience to make every show a memorable event. Eric says, “Writing songs is powerful when it comes from the heart, and that’s what country music is all about!”

Sage’s talents don’t stop there; he is also an actor, published author, and public speaker. While in LA, Eric landed roles in hit films like Wayne’s World, where he played the “guitar salesmen” (No Stairway to Heaven) and countless commercials. He is a successful motivational public speaker and gives seminars on reaching your goals in business, sports, the arts, and in life. He also speaks about having successful relationships and overall health and balance. Before making it in music, Eric was a world-ranked tennis player and went on to be known as the “Master Tennis Teacher to the Stars.” He played and trained with Pete Sampras, Jim Courier, Stephen Edberg, and many more. He has taught many celebrities, including George Clooney, Alec Baldwin, Robert Downey Jr, rock stars, and tennis professionals. 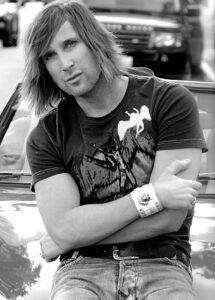 After 19 years of tennis competition, in a split second, Eric’s life changed forever; he was a passenger in a horrible car accident that left him devastated about his future. Having endured years of grueling physical therapy, he could not regain the top form of the world-class tennis level he had once played at. Thus, with the abrupt end to his life long dream of tennis, he asked himself, “Where do I go from here?” Eric decided at age 23, “This is my life, and no one can tell me what I can accomplish until I am done trying.”

On a unique pursuit, he spent the next twelve years teaching tennis eight hours a day while studying music six hours deep into every night. During this extraordinary endeavor, he became a world-class musician and developed The Magic Key To Tennis – 1 Thru 10 System. This instructional and motivational book has helped countless children and adults around the world. Who says dreams can’t come true! 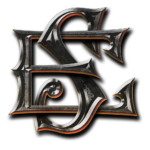